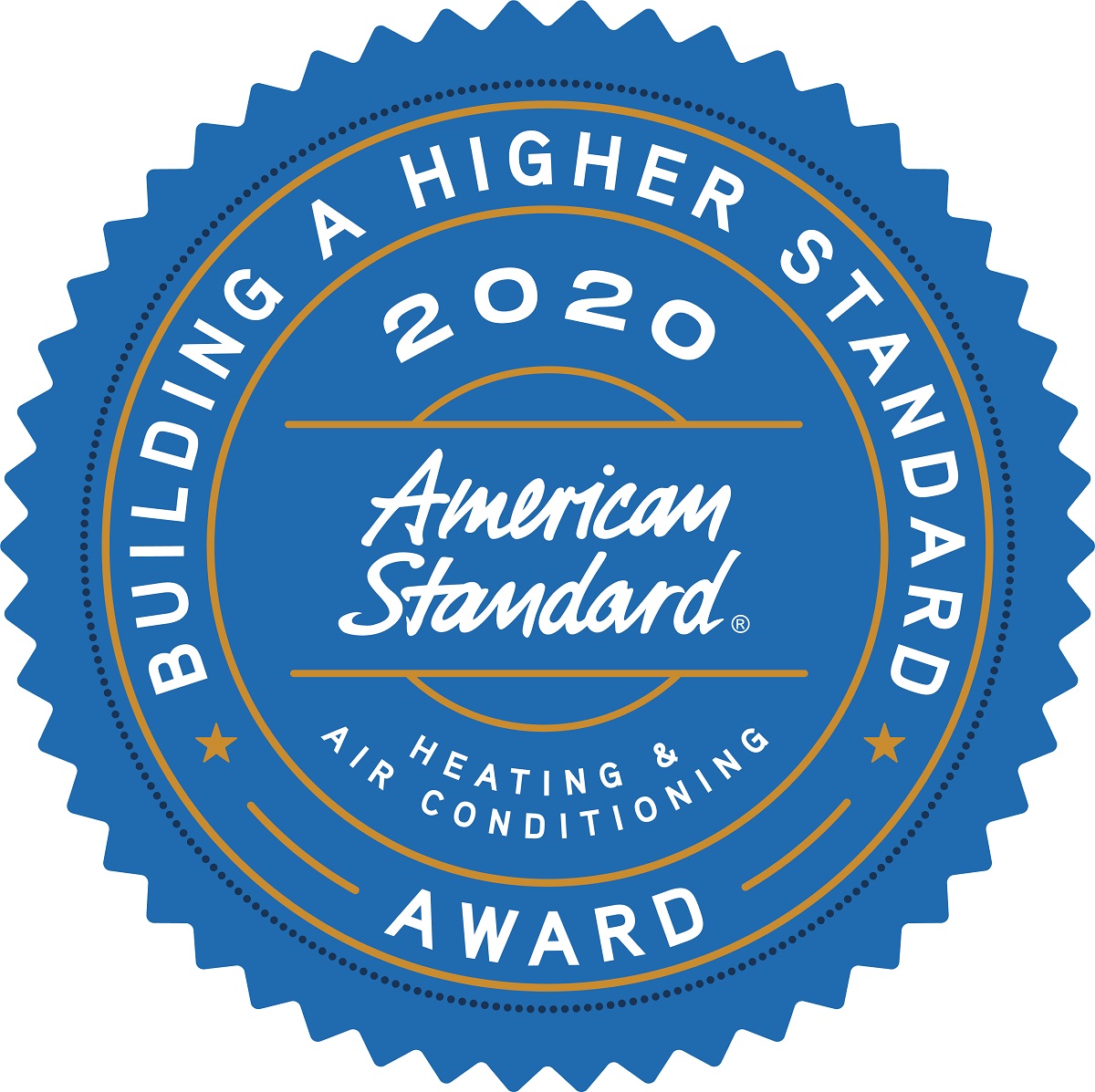 Reason for Nomination (Written by a Representative of a Local Distributor)

I am nominating South Nashville Heating & Cooling because I truly believe they represent the four core values of integrity, community, team work, and commitment to excellence. Since I have joined Team Air Distributing in Nashville and started working with the South Nashville Heating & Cooling group, I have decided they are hands-down the best dealer we have and the only company I have confidence in nominating for an award like this from American Standard.

South Nashville Heating & Cooling is a family-owned business started in 1985 by Phillip Gray, and talking with him he has expressed to me that his founding principle are honesty, integrity, dependability, and professionalism. He wanted to operate a company that he was proud to work for. Phillip and his original partner did everything until 1996, when they hired their first two-man install crew. His son, Mark, joined the team in 2001 and worked his way from an install helper to lead man to project manager to VP. Zack Wolf joined the team in 2007, just three days after graduating from high school and worked his way from install helper to lead installer to service / service manager / project manager. Jonathan Garrett came aboard in 2012, after working for a large company a few years and owning his own company a few years. He worked his way up from lead installer to service and project management.

I have had several conversations with different members of the management team about things they have done over the years to help people out with their heating and air conditioning needs. I have also spoken with them about instances of just “doing what’s right”. I can say with full confidence that this company is absolutely managed by a group of men that are dedicated to always doing the right thing in the best interest of their clients, their employees, and their fellow man.

One example of this is one of the employees, Matt Moore, who started with the company in June of 2014 as a service technician. In early November 2019, after limping around for most of the year, Matt was diagnosed with cancer in his foot. The news was that they would be amputating his leg just below the knee the week after Thanksgiving. In most cases, this would be the end of a service technician’s career… but not Matt’s, because of what South Nashville Heating & Cooling decided to do to help him over the next few months…..

Instead of laying him off, as most companies out there would have, the management team at South Nashville Heating & Cooling decided to not only keep him, but to go far above and beyond that! Knowing that the timeline for Matt to return to work was going to be close to six months, the company chose to continue to pay his portion of health insurance 100% (as they do for all of their full-time employees) the entire time he was going to be unable to work, continue to let him keep his company cell phone, paid for his AFLAC supplemental insurance policy to keep his short-term disability valid, and even continued to pay the same amount this policy was paying Matt after that policy ran out all the way until the time he was able to return to work.

Once Matt was able to return to work and realized it might be difficult for him to run service calls full-time with the prosthetic leg, the management team decided to offer Matt the opportunity to move into the Service Manager’s position. This would allow Zack to focus on other needs within the company, while also allowing Matt some time to ease back into the physical part of the work while he continued chemotherapy and radiation treatments. I just don’t see a lot of other companies that would be willing to invest that much into an employee – other than simply choosing to do the right thing. Matt was also rewarded with his “Five-Year” embroidered South Nashville Heating & Cooling / Carhartt jacket in December – something else the company does for their employees.

South Nashville Heating & Cooling is dedicated to helping in the community whenever they are able. They have sponsored multiple youth sports teams / leagues over the years, beginning in 1991 and continuing through 2020. The company has also sponsored organizations such as “Youth for Christ / YFC” through Lakeshore Christian Church, where Mark is a member. The company has done many charity case jobs over the years for family members, friends, friends of friends, and for the church families of several employees over the years.

The biggest thing I have personally witnessed that this company has done for the community was just this month, March of 2020. After a devastating round of deadly tornadoes ripped through Nashville and some surrounding counties, the management team decided to shut the business down for a day to help with the cleanup efforts in one of the hardest hit areas of North Nashville. On top of that, they agreed to pay all of their employees a full eight hours, just for helping with the volunteer work!

Once I heard about this, I had to join them. We all met at their shop. All of the employees were asked to bring at least one case of water to donate, and altogether brought in close to 1,000 bottles. Some of the employees brought their chain saws in to help with tree removal. The company provided gloves, safety glasses, boxes and boxes of garbage bags, replacement chains and gasoline / oil for everyone’s chain saws… and this crew put in some work!! They rolled into the disaster zone with four of their box trucks and a total of 20 people.

Within five minutes of finding a place to park, we were approached by an elderly gentleman that was a member of First Community Church, just down the street. This church happened to be setting up as a disaster relief depot that very morning, and they were expecting an entire 53-foot trailer of donated goods from a group called “Hands with Hearts” from Asheville, North Carolina. The problem was, the tractor trailer was three miles away and could not maneuver through the streets of the disaster zone, due to downed power lines, fallen trees, and all of the utility workers trying to restore power. They asked South Nashville HVAC if they could help with their box trucks – and they gladly obliged. So, eight guys spent most of the day driving back and forth, unloading all of the goods from the trailer to their box trucks, then from there to the church building.

The remaining twelve, along with me, spent the next several hours finding huge groups of people going house to house, cutting trees up, and moving everything to the side of the road so Public Works could get things hauled away. It was truly an awesome experience to see hundreds and hundreds of people working side by side to help strangers begin the cleanup efforts and the process of putting things back together after entire neighborhoods were completely flattened. It was especially uplifting to see the entire South Nashville HVAC team working hard together and smiling / having a great time throughout the day!

They have weekly staff meetings with the entire team and someone almost always brings in breakfast for the whole group. Sometimes, Mark even cooks a breakfast casserole himself the night before in the crock pot and brings it in for the crew to enjoy!

The four-person management team each nominates an individual for “Team Member of the Month” and lets the remaining members of the team vote to see who wins. That person might get a $100 gift card or some other reward. They keep track of birthdays “hire-date” anniversaries for each employee and give out $25 gift cards for these events at the weekly staff meetings.

They have a company Christmas party every year and give out bonuses based on how long each employee has been a part of the team. This past December, they had their party at Top Golf in Nashville with a catered buffet. I was privileged to be there for this event and see how this group gets along and heard a lot of the guys thanking the management team for everything they do for them.

Also, for the last five years there has been a “Company Camping Trip” the last weekend in June. They shut down on Friday (paying everyone for eight hours) and meet up at Phillip’s camp site next to Paris Landing State Park. Everyone brings their wife / kids / girlfriend so that everyone is able to spend some quality time together. They have a big grill-out Friday evening with burgers and dogs while everyone enjoys playing volleyball / corn hole / wiffle ball and playing with the kids. The company rents all of the cabins within the campgrounds, along with additional motel rooms for all of the families to stay Friday night. Saturday, everyone jumps on three pontoon boats and heads out to a sandy beach, where they hang out most of the day, playing in the water and having a great time with each other and all the kids. Saturday evening, they have a fish fry with catfish, fries, and all the fixings with some live music and more fun times together. This is just a fun way for them to have a little break in the middle of the year and enjoy some time together away from the workplace.

Examples of Commitment to Excellence

South Nashville Heating & Cooling does things RIGHT. They complete Manual-J load calculations on all of their projects, whether it is a simple package system replacement or a large, custom home. They believe this is the only way to properly size the equipment and design their 100% mastic-sealed duct systems. They have been an American Standard Customer Care Dealer since 2010, and maintained a 99% customer satisfaction rating and 100% referral rating while those surveys were in place for many years. They have been a member in good standing with the Better Business Bureau with an “A+” rating since 2004. They are a “Quality Assured” contractor through ACCA (Air Conditioning Contractors of America). They have been part of the “Quality Contractor Network” through the TVA / Energy Right Solutions program for over ten years. They have sent at least eight people to the American Standard “ASSET” training class over the last few years. They invest a lot in sending both their service technicians and installers to training classes offered whenever possible, and also provide in-house training to help their employees grow in knowledge and become more valuable assets. They believe in hiring quality people and providing a professional, positive atmosphere for those people to thrive in and succeed. They have quality control checklists for both residential replacements and new construction rough-ins and trim-outs so that the jobs are more likely to be 100% complete and the client is 100% satisfied with the service that is provided. This team is committed to delivering on the company motto, “Where Quality & Craftsmanship Come Together!”

We sincerely appreciate our American Standard sales representative for believing in us enough to nominate us for the award and writing this letter on our behalf. Originally, there were twenty-four dealers across the country nominated for this award. South Nashville Heating & Cooling has been named one of the top four nationwide dealers for American Standard Heating & Air Conditioning in 2020. We are the first heating and air conditioning company to win this award in Tennessee. We are very honored and grateful to be considered for such an amazing award. Thank you to all of our clients, homeowners, building partners, and distributors for supporting our family-owned business over the years.

How to Troubleshoot a Nonfunctioning Heating System
November 22, 2022

HVAC System Maintenance and Preparation for the Winter Months Ahead
October 25, 2022

Strange HVAC noises you may hear and their sources
August 24, 2022